This page is about the class. For other uses, please see Jesters (disambiguation). 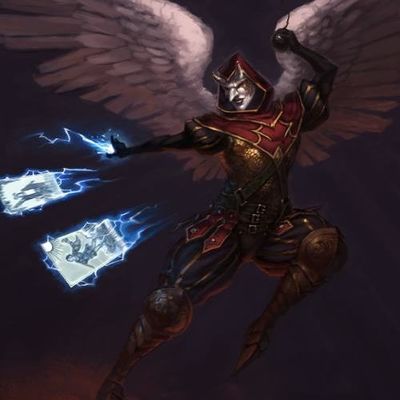 The Jester class originated in modern Achaea when an anomalous timequake brought Silvestri Carnivalis, court jester to the House of the Seleucarian Empire six hundred years ago, into the present day. In the intervening years since the fall of the Seleucarian Empire and the modern day, the precious arts of a Jester had been lost, to Silvestri's dismay. Silvestri immediately founded the Jesters guild in order to restore these arts to the world, and thus the class of Jester was reborn in 299 A.F.

Jesters are a rollicking lot, often silly and carefree. Some may choose to wander the highways putting on impromptu shows for passersby; others plan and carry out entire theatrical productions. They may be found as citizens of any city, or might choose to be cityless wanderers instead. They are devoted to amusement, high jinks, and humour. Not tied to any one ethos, one may encounter Jesters who worship the Lord of Evil as well as Jesters who travel the path of Light. Many Jesters prefer neutrality, as the ideal of fun transcends alignment.

While many of their skills are intended for entertainment, a trained Jester is not to be underestimated on the battlefield. With bodies trained in acrobatics, their backflips and handsprings can, in a tight spot, do more than amuse. Jesters are famed for their ability to craft various tools of their trade as well, such as balloons that can lift people to the skies, a range of tricky bombs, jack-in-the-boxes concealing deadly surprises, and more. All this combined with their ability to fashion magical puppets to manipulate others to hilarious or lethal ends, a Jester skilled in combat can be a formidable opponent.