This page is about the class. For other uses, please see Bards (disambiguation). 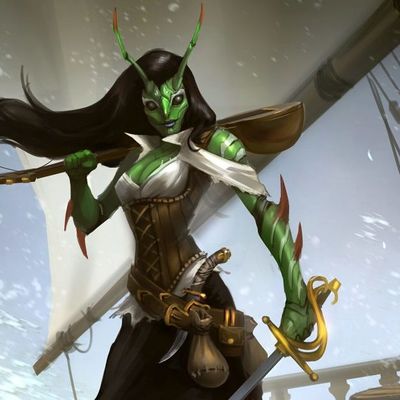 The Bard class is a rather recent formalisation of the wisdom of the Great Bard, Scarlatti, God of the Arts. During a casual festival of the arts, Ralph Mercadia, long a singer and performer, learned the songs of Scarlatti and was encouraged to continue to develop the songs and skills of the Bard by that ancient deity. Thus was born the still-young class of Bard.

Bards may be swashbuckling adventurers, contemplative wordsmiths, or raucous performers. Regardless of the path they choose, they all share a love of music and the written arts in all their forms. This focus on creativity must not be mistaken for a careless attitude towards life, however. Though it may seem strange, a bard has perfected his voice and body to such a finely honed edge that a skilful one can stand his ground against even a fully-armoured knight.

The Bard skills are of two distinct kinds: physical and musical. The musical skills involve singing, chanting, and other voicecraft as well as tunes played with instruments, either alone or with other bards. The physical skills are those of the dashing rogue: leaping from treetops, duelling with a blessed rapier, acrobatics to let you both attack and escape attack, and so on.

A fledgling Bard possesses the skills of Swashbuckling and Voicecraft, gaining Harmonics upon embracing class.