This page is about the class. For other uses, please see Apostates (disambiguation). 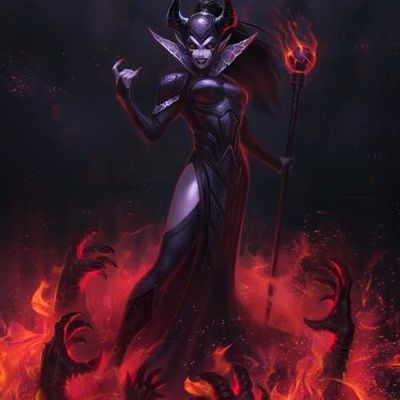 In days long past, the armies of Evil plotted to open a rift to the daemon planes through the torture and sacrifice of a holy guardian angel. However, the angel was resurrected and the rift closed, but not before a daemon general by the name of Morimbuul had come through the aperture. The daemon general, enraged at his entrapment on the prime material plane, threatened to destroy all around him. His summoner, a man named Xerimor, was able to subdue him, and much to the daemon general's fury, forced Morimbuul to instruct him in the daemonic arts. And thus was the class of Apostates born. Details leading up to the creation of the Apostate class, and later the Guild and House, can be found within the Blood Congregation article.

Apostates are diabolical scholars and ritualists in the service of Evil. These black priests spread the teachings of the Gods of Evil throughout the realm, and they also act as the spiritual pulse of Mhaldor, the city of evil. Because of their devotion to Evil, they are rarely welcome in other cities.

Through the skill of Apostasy, Apostates harness the power of the daemonic realms. They may summon and command daemonic entities to do their bidding, including living daemonic daeggers, bloodworms, nightmares, and most importantly, the powerful baalzadeens. Their training in the dreadful art of Necromancy grants them powers based upon draining life essence from the hearts of mortals and using it for various spells, including even the secret of guarding one's soul from death itself. These skills are supplemented by the skill of Evileye, which allows Apostates to cause a great number of terrible afflictions upon their enemies.

A fledgling Apostate possesses the skills of Necromancy, and Evileye, gaining Apostasy upon embracing class.